The Bolívar Square is the main square of the Colombian capital Bogotá. The square, previously called Plaza Mayor until 1821 and Plaza de la Constitución, is located in the heart of the historical area of the city and hosts a statue of Simón Bolívar, sculpted in 1846 by the Italian Pietro Tenerani, which was the first public monument in the city. 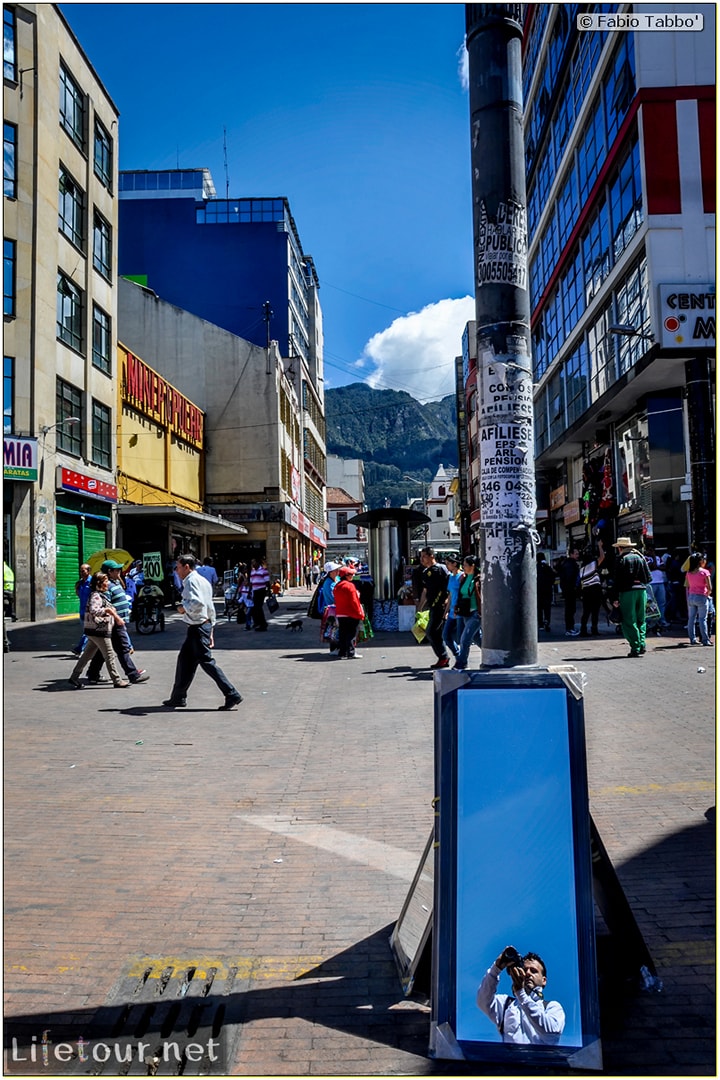 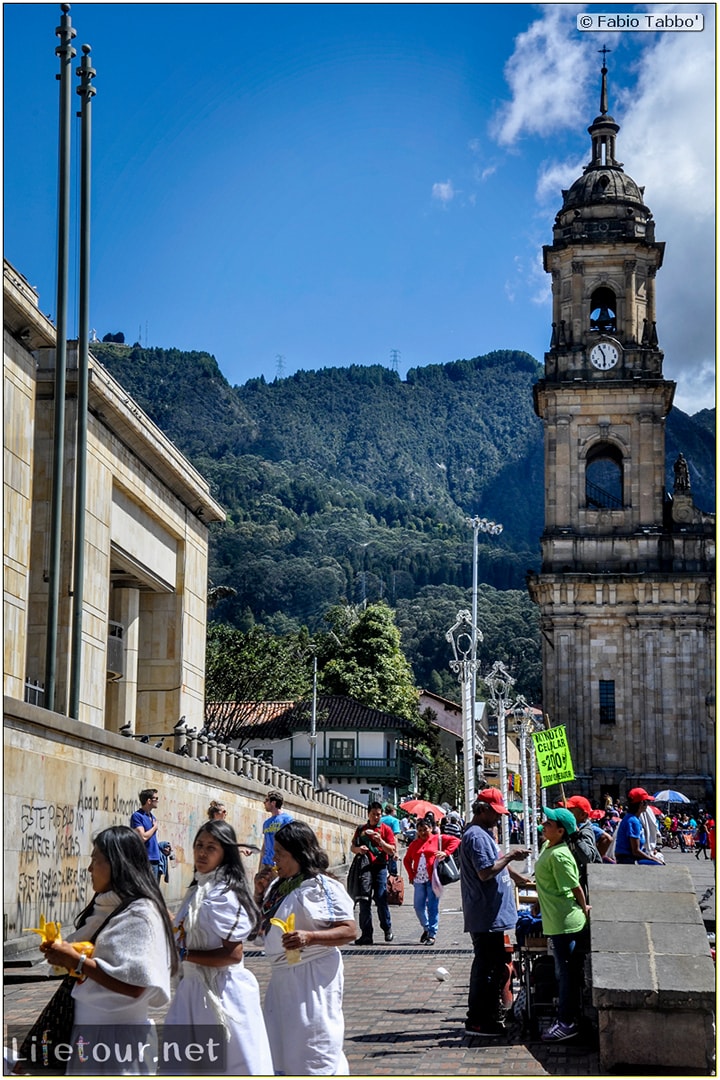 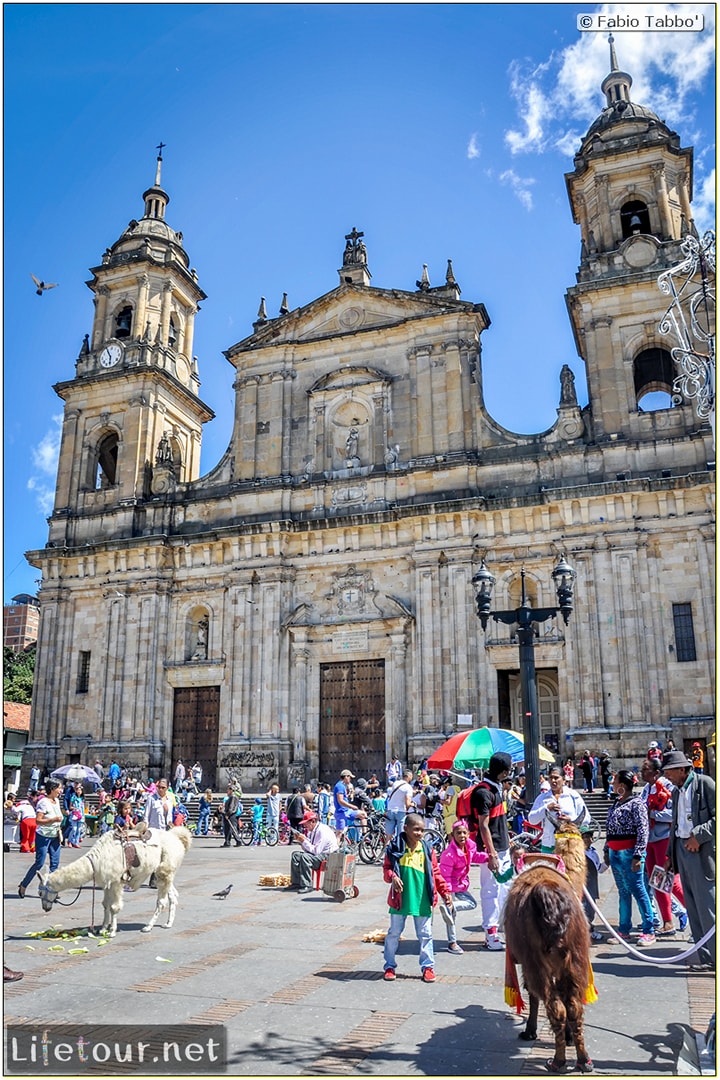 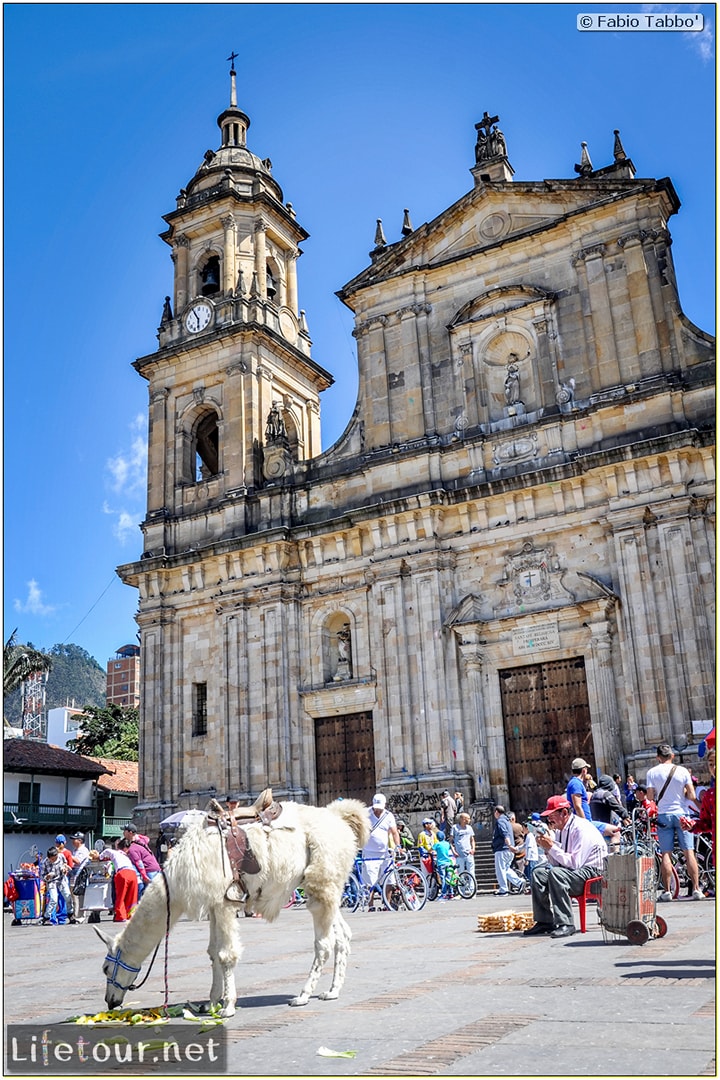 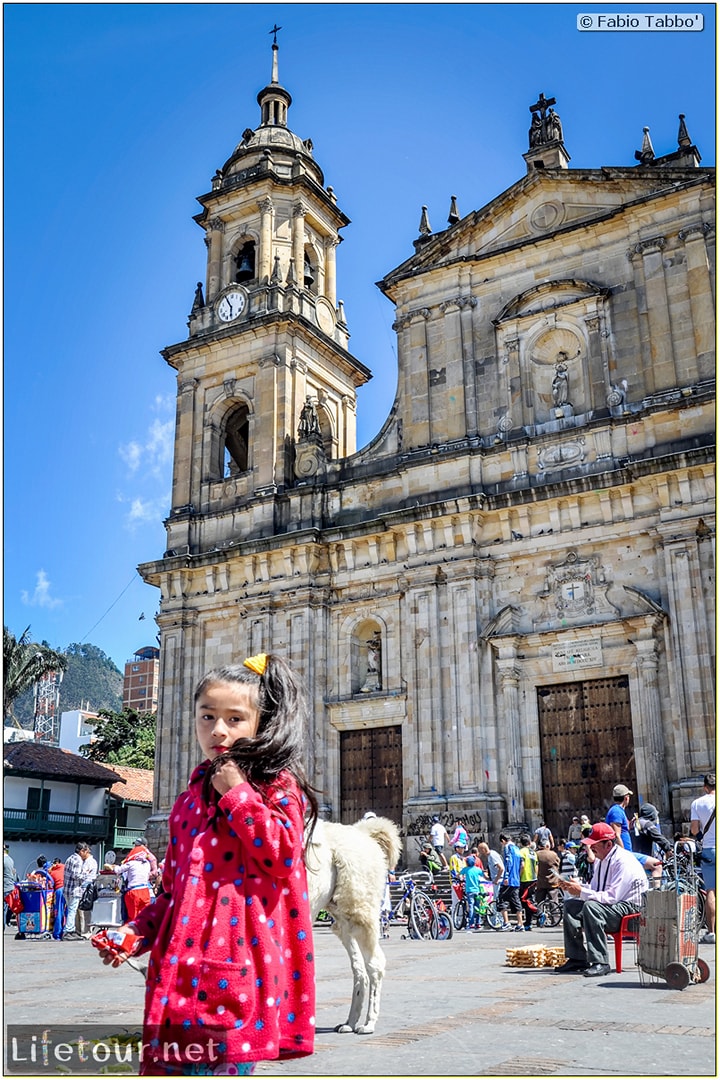 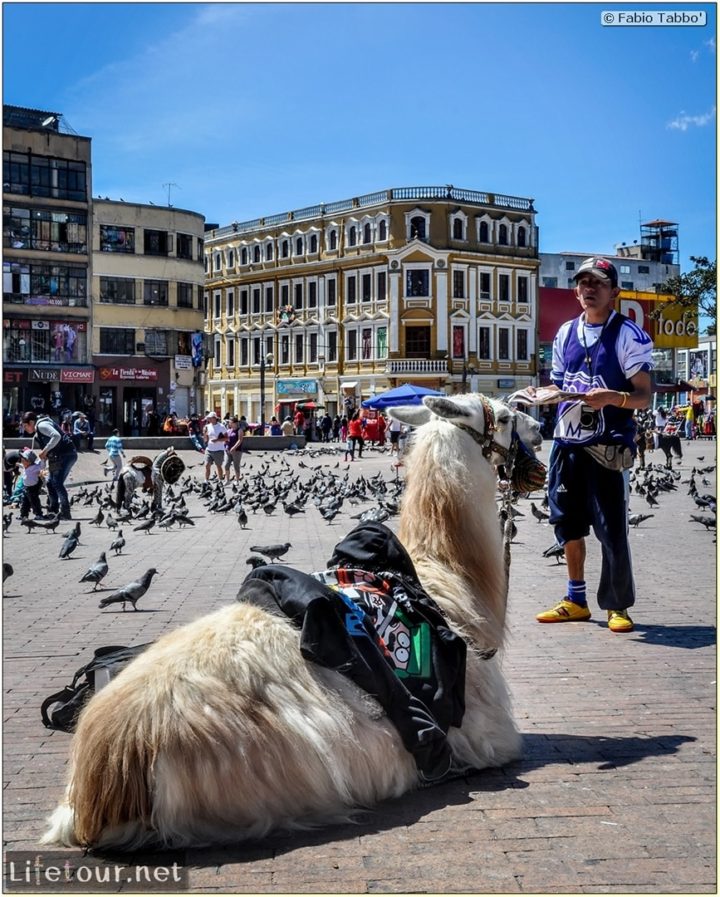 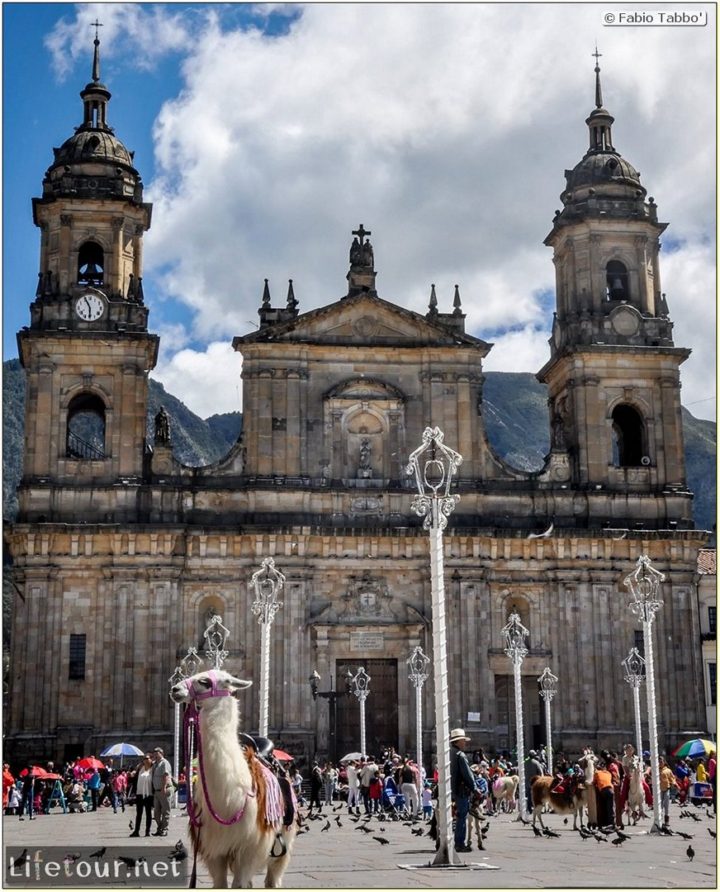 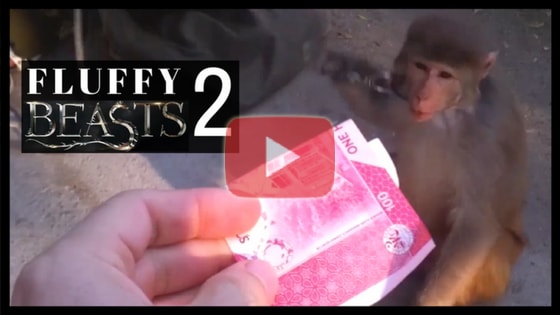